Nominations can be made until 5pm on 23 September 2022 Our Civic Awards aim to recognise Bingham residents, or groups who have done something exemplary which deserves to be recognised because of its benefit to the local community, or which is a good demonstration of high ideals, behaviour, great acts of kindness, dedication, or effort …

The Community Chest is aimed at third sector community-based organisations and parish councils, to support projects that help meet the Police and Crime Commissioner’s priorities in the Make Notts Safe Plan.

These priorities are: Preventing crime and protecting people from harm; responding efficiently and effectively to local needs; and supporting victims, survivors, witnesses and communities. Please feel free to share this opportunity with your contacts.

To read about previous groups who have received funding visit Community Chest launch.

The Public Rights of Inspection period will commence on 13 June 2022 and end on 22 July 2022. Please see the attached document for more information which includes a summary of your rights. 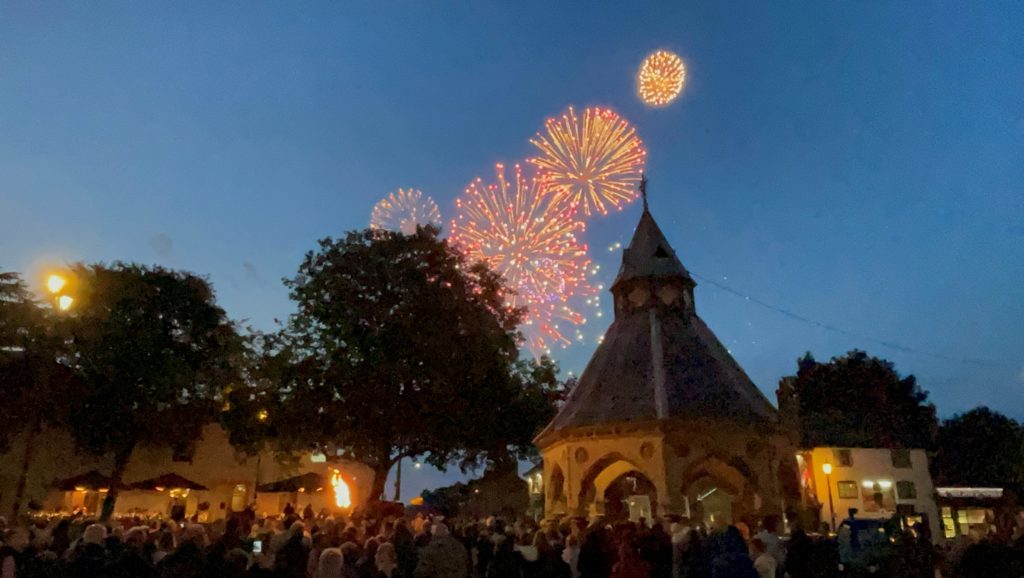 On Thursday 02 June, Bingham joined in the lighting of a Beacon for the Platinum Jubilee Celebrations, the Beacon was lit by the Deputy Lieutenant of Nottinghamshire, Judith Swann and the Town Mayor, Cllr Gareth Williams.

The Mayor, Cllr Gareth Williams said “I’d like to thank you all for coming out to see the lighting of the Beacon. It’s a great honour for Bingham to a location on this momentous occasion. I’d like to thank those involved in organising this event and I hope everyone enjoys the bank holiday and long weekend marking the celebration of the Queen’s Platinum Jubilee.”

Judith Swann also spoke to the residents ” I am Judith Swann, a Deputy Lieutenant for Nottinghamshire. Tonight I am deputising for the Lord Lieutenant, Sir John Peace, Her Majesty’s representative in Nottinghamshire. It is an honour and a pleasure to be assisting with the lighting of this Platinum Jubilee Community Beacon. It is one of over 3000 throughout the UK and all the 54 countries of the Commonwealth being lit at this time.

Vale Voices Community Choir, joined others around the country and world, singing the Jubilee Beacon Song as the Beacon was lit and then a spectacular display of fireworks was enjoyed. A thank you to Bingham Community Events for another successful community event.